A guided tour through Manhattan's demimonde of the last century, conducted with exquisite relish by East Village journalist Sante (Esquire, The Village Voice, etc.), who speaks with all the authority ... Citiți recenzia completă

I am a huge fan of historical writing, especially social history. I care about the broader political context that informs most history, but I also really want to know about the little things, too ... Citiți recenzia completă

Luc Sante was born in Verviers, Belgium, and now lives in New York City. He is the author of Evidence, The Factory of Facts, and Walker Evans, and his work has appeared in The New York Review of Books, The New Republic, and Harper's, among other publications. He teaches writing and the history of photography at Bard College. 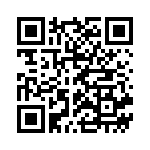