Pagina 146
We ourselves , if we had been living then , should most of us have by no means seen things as Plato saw them . No , if we had seen Athens even nearer its end than when Plato wrote the strong words which I have been quoting , Athens in ...
Pagina 227
But let us consult the testimony not only of people far over our heads , such as great poets and sages ; let us have the testimony of people living , as the common phrase is , in the world , and living there on an every - day footing .
Pagina 245
( After toasts to the Queen , the Prince of Wales , the clergy , the army , navy , and reserve forces , the Chairman said : ) I have now the honour of calling upon one of the most distinguished of living Englishmen , whom we are proud ... 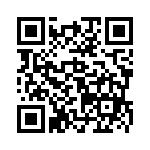