THE GOOD, THE BAD, AND ME: In My Anecdotage

Warm, ingratiating memoir of an acting career spanning 60 years.Born in 1915 in Brooklyn, Wallach resisted his family's insistence that he become a teacher. When he failed a qualifying exam ... Citește recenzia completă

The good, the bad, and me: in my anecdotage

Wallach, known for playing grunty, dirty characters like Tuco in The Good, the Bad, and the Ugly and Calvera in The Magnificent Seven, demonstrates beaucoup dudeness in his memoir. The Brooklyn, NY ... Citește recenzia completă

Born in Brooklyn in 1915, ELI WALLACH remains active in film and is still married to his wife of fifty-six years. He lives in New York City. 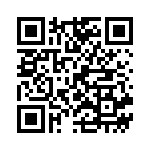