Glorious tripe! I was chuckling all the way through it. :-) Citiți recenzia completă

Joseph Farrell is an Oxford educated historian who specializes in alternative history, World War II and secret technologies. Raised in Kansas, he has had a wide range of jobs and is currently a full-time author and researcher. His many books include: The Giza Death Star Trilogy; Reich of the Black Sun; The SS Brotherhood of the Bell; Nazi International; Secrets of the Unified Field; Roswell and Reich; The Cosmic War; Grid of the Gods; Saucers, Swastikas and Psyops; Covert Wars and Breakaway Civilizations; Thrice Great Hermetica and the Janus Age; Transhumanism and others. 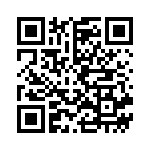