Owner and manager with MultiMedia

Initiator, cofounder and president of Romanian Association for Telework and Teleactivities

Training for a doctor degree in telecommunications

Hundreds of publications (books, e-books, articles), mainly from the IT domain. 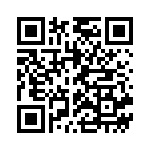