The Death of Expertise is the best curmudgeonly, "get off my lawn" argument for returning to better norms I've ever read. The author makes his case as reasoned and articulate as possible but you can ... Citește recenzia completă

Tom Nichols’ Death of Expertise reminds us of a time when we took expert opinion seriously. Not that we followed blindly because the expert had a PhD, but because we were more thoughtful. We realized ... Citește recenzia completă

Tom Nichols is Professor of National Security Affairs at the US Naval War College, an adjunct professor at the Harvard Extension School, and a former aide in the U.S. Senate. He is also the author of several works on foreign policy and international security affairs, including The Sacred Cause, No Use: Nuclear Weapons and U.S. National Security, Eve of Destruction: The Coming Age of Preventive War, and The Russian Presidency.

He is also a five-time undefeated Jeopardy! champion, and as one of the all-time top players of the game, he was invited back to play in the 2005 Ultimate Tournament of Champions. Nichols' website is tomnichols.net and he can be found on Twitter at @RadioFreeTom. 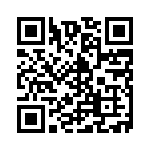