This book intrigued me by its name as well as by it s author, since I have read his other book Hitler’s Jewish Soldiers. At first this book fascinated me, the tough research that went in to writing ... Citiți recenzia complet„

Rescued from the Reich: how one of Hitler's soldiers saved the Lubavitcher Rebbe

Rigg (history, American Military Univ./ Southern Methodist Univ.) examines one of the most bizarre yet fascinating rescue operations during the Holocaust. In 1940, the sixth Lubavitcher Rebbe (Joseph ... Citiți recenzia complet„

Bryan Mark Rigg teaches history at American Military University and Southern Methodist University. His previous book, Hitler’s Jewish Soldiers: The Untold Story of Nazi Racial Laws and Men of Jewish Descent in the German Military won the prestigious Colby Award from the William E. Colby Military Writers’ Symposium. His work has been featured on programs including NBC Dateline and Fox News. Rigg served as a volunteer in the Israeli Army and as an officer in the U. S. Marine Corps, and he currently lives in Dallas, Texas. 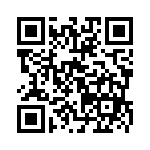