Clifford Bob is Associate Professor of Political Science at Duquesne University. He is the author of The Marketing of Rebellion: Insurgents, Media, and International Activism, which won the 2007 International Studies Association Best Book Award, co-won the 2007 North Central Sociological Association Scholarly Achievement Award and was named a 'Top Book of 2006' by The Globalist. His edited volume, The International Struggle for New Human Rights, was released in 2009 and he has published widely in political science, sociology, law and policy. His scholarly interests include human rights, globalization, nongovernmental organizations and transnational advocacy networks. He holds a PhD from the Massachusetts Institute of Technology, a JD from New York University and a BA magna cum laude from Harvard University. 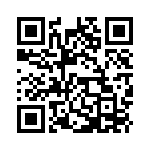