Linda Seger has been a script consultant since 1981, working with writers, directors, producers, and companies throughout the world, including Tony Bill, William Kelley, TriStar Pictures, and the New Zealand Film Commission. She has given seminars for ABC and CBS television networks, Embassy Television, the "MacGyver" series, and for producers and writers in Rome, London, Australia, New Zealand, and Canada. Dr. Seger is the author of Making a Good Script Great and Creating Unforgettable Characters. 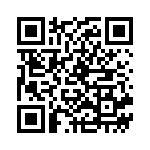