Victor Gold is national correspondent for The Washingtonian, covering political affairs and the connection between Washington and Hollywood. He was deputy press secretary to Barry Goldwater in 1964 and press secretary to Vice President Spiro Agnew. He has served as a speechwriter for George Bush, Gerald Ford, and Bob Dole and has operated as campaign guru for clients as varied as "Big Jim" Folsom and Shirley Temple Black. Gold collaborated with George H.W. Bush for what Chris Matthews called "the best political autobiography of the year," Looking Forward (1987), and recently with Lynn Cheney for the political thriller/comedy, The Body Politic (1988, 2000), described by Publishers Weekly as "a satire of the first order." Before that, he wrote P-R as in President (1977), I Don't Need You When I'm Right (1974), and So You Want to Be a Liberal (1969). 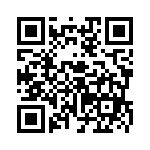