In The Chinatown Trunk Mystery: Murder, Miscegenation, and Other Dangerous Encounters in Turn-of-the-Century New York City, Mary Ting Yi Lui examines the murder of Elsie Sigel as a window into the ... Citiți recenzia completă

More of a textbook/sociology type book than true crime, but was interesting anyway. I learned how terrible chinese/asian men were look upon and treated in the 19th century. Also was suprised to learn that many Irish women preferred Chinese men to their own Irishmen. So all in all, a good read. Citiți recenzia completă 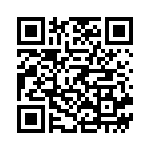