Pagina 136
4 , that the angel of the Lord appeared to him in a flame of fire , out of the midst of the bush . But it appears from the converfation afterwards , that it was no angel , but God himself , who fpake to him ; the fire being , perhaps ...

Pagina 142 - God came from Teman, and the Holy One from mount Paran. His glory covered the heavens, and the earth was full of his praise, and his brightness was as the light. He had horns coming out of his hand: and there was the hiding of his power.
Apare în 480 cărți din 1717-2008
Pagina 144 - Behold, I go forward, but he is not there ; and backward, but I cannot perceive him : on the left hand, where he doth work, but I cannot behold him : he hideth himself on the right hand, that I cannot see him : but he knoweth the way that I take : when he hath tried me, I shall come forth as gold.
Apare în 995 cărți din 1726-2008
Mai multe
Pagina 141 - And I will dwell among the children of Israel, and will be their God. And they shall know that I am the LORD their God, that brought them forth out of the land of Egypt, that I may dwell among them : I am the LORD their God.
Apare în 265 cărți din 1761-2008
Pagina 139 - And the Lord came down upon mount Sinai, on the top of the mount : and the Lord called Moses up to the top of the mount ; and Moses went up.
Apare în 387 cărți din 1694-2008
Pagina 136 - And the Lord went before them by day in a pillar of « cloud, to lead them the way ; and by night in a pillar of fire, to give them light ; to go by day and night : He took not away the pillar of the cloud by day, nor the pillar of fire by night, from before the people.
Apare în 521 cărți din 1714-2008
Pagina 126 - For there is hope of a tree if it be cut down, that it will sprout again, and that the tender branch thereof will not cease. Though the root thereof wax old in the earth, and the stock thereof die in the ground, yet through the scent of water it will bud and bring forth boughs like a plant.
Apare în 898 cărți din 1717-2008
Pagina 144 - Oh that I knew where I might find him ! that I might come even to his seat ! I would order my cause before him, and fill my mouth with arguments.
Apare în 830 cărți din 1726-2008
Pagina 139 - And it came to pass on the third day in the morning, that there were thunders and lightnings, and a thick cloud upon the mount, and the voice of the trumpet exceeding loud; so that all the people that was in the camp trembled.
Apare în 653 cărți din 1181-2008
Pagina 284 - ... forbidding to marry, and commanding to abstain from meats, which God hath created to be received with thanksgiving of them which believe and know the truth. For every creature of God is good, and nothing to be refused, if it be received with thanksgiving : for it is sanctified by the word of God and prayer.
Apare în 304 cărți din 1584-2008
Pagina 139 - And Mount Sinai was altogether on a smoke, because the Lord descended upon it in fire ; and the smoke thereof ascended as the smoke of a furnace, and the whole mount quaked greatly.
Apare în 485 cărți din 1694-2008
Mai puține

Born in Leeds, England, Joseph Priestley received an education for the dissenting ministry. However, throughout his life, his religious views were far more liberal than those of his fellows, and part of the time he earned his living as a schoolmaster, and later, as the librarian for Sir William Petty, the second Earl of Shelbourne. During those six years, Priestley systematically studied a variety of gases, including nitrogen oxides, ammonia, and oxygen. In 1774 he prepared and collected oxygen by heating mercuric oxide and collecting the gas over mercury. During separate experiments with mice and burning candles in closed systems, he noted that the "dephlogistonated air" or oxygen supported combustion and respiration better than air or nitrogen. Priestley was an amateur scientist; he focused much of his effort on the religious and political issues of late eighteenth-century England. During the Birmingham riots of 1791, he was a target of the mobs because of his liberal religious views. Finally, in 1794, he immigrated to the United States and for the last 10 years of his life lived in Northumberland, Pennsylvania. 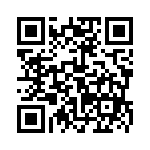