Florence Holbrook (1914-1930) was an educator and author involved in the peace movement during the early years of the 20th century. She was a member of the small American delegation, headed by Jane Addams, to the 1913 International Conference of Women at The Hague, as well as a participant on the Ford Peace Expedition of 1915. Her role as an educator spanned fifty years as a teacher and principal at three different Chicago schools.

Florence Holbrook was the author of a number of children's books,among them The Book of Nature Myths, published by Houghton, Mifflin & Co., The Riverside Press, Cambridge, Massachusetts, in 1902. 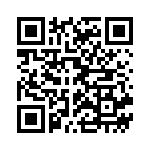