This should be considered a "bail" because I am choosing to discontinue reading it. Many sections were fascinating, very readable and concise. My version was an online copy, which is not interactive ... Citește recenzia completă

Quite good, brings out his thesis, and explains his arguments very well. When he delves deep into philosophy some readers might go a little cross-eyed, Hobbes, Hegel, et al, but a compelling book. Citește recenzia completă

Francis Fukuyama is a Senior Fellow at the Freeman Spogli Institute for International Studies (FSI) at Stanford University, and Mosbacher DIrector of FSI's Center on Democracy, Development, and the Rule of Law. Dr. Fukuyama has written about questions concerning governance, democratization, and international political economy. His book The End of History and the Last Man has appeared in over twenty foreign editions. His most recent books are The Origins of Political Order: From Prehuman Times to the French Revolution, and Political Order and Political Decay: From the Industrial Revolution to the Globalization of Democracy. 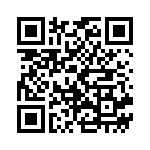