Pagina 7
Feminists and critical race theorists have long understood that citizenship is not
universal and that one ' s gender , race , class , and sexuality , among other
categories of difference , all shape experiences of citizenship ( Lister 1998 ;
Young ...
Pagina 71
The subtle movements of the arms , hips , hands , and face , along with particular
ways of looking and smiling all played a role in presenting a particular style of
feminine sexuality . In their introductions , most of the contestants spoke in
Spanish ...
Pagina 200
... Takaki 1989 ; Chan 1991 ) . Since the 1990s , however , the field has
expanded in various directions , taking on more critical approaches to address
gender , sexuality , media , and diaspora ( Parreñas 2001 ; Eng 2001 ;
Manalansan 2003 ...

Lok C. D. Siu is Associate Professor of Anthropology and Social and Cultural Analysis at New York University. She is the coeditor of Asian Diasporas: New Formations, New Conceptions(Stanford, 2007). 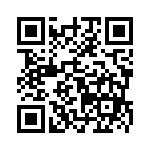