Leonid Rein was born in Byelorussia (then part of the USSR) and graduated from Haifa University. While studying for his Ph.D. he received the Wolf Foundation's student grant of excellence and his dissertation was awarded a prize by the Norbert and Lisa Schechter Foundation. He is currently a Senior Researcher at the International Institute for Holocaust Research, Yad Vashem (Israel), specializing in Nazi occupation policies, local collaboration, and the Holocaust in the Soviet territories. 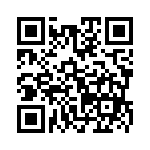