Pagina 4
Above her , the figure of Peace , holding an olive branch , appears from the clouds . Heroic Virtue ( center ) is represented by Hercules ; Concord holds bundled fasces , Industry a beehive , and Plenty a cornucopia .
Pagina 388
The illustration features the standing figure of “ Young America , " a young man in coat , waistcoat , and plaid trousers , holding an American flag . Virtually the same idealized , youthful figure appears as “ Citizen Know Nothing ...
Pagina 514
The positions of the central figures are reversed so that the secessionist figure is on the left , wearing a belt marked " Secession . The States shall be sovereign ! " He still tramples on the American flag and wields a club marked ... 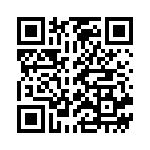