James A. Doyle is a professor of psychology at Roane State Community College, Harriman, Tennessee. He received his Ph.D. in social psychology from the University of Saskatchwan in 1973. James Doyle is the founding editor of the Men's Studies Review, The Journal of Men's Studies, and author of the textbook, The Male Experience. He was a founding member of the American Men's Studies Association and has served on its board of directors since 1982. He founded the Men's Studies Press in 1992, which publishes activist men's studeis scholarship. 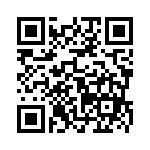