Pulitzer Prize-nominated author Flint Whitlock is a former U.S. Army officer who served on active duty from 1965 to 1970, including a tour in Vietnam. He has been a military historian since 1986 and is the author of Soldiers on Skis, The Rock of Anzio, and The Fighting First. He is a regular contributor to World War II magazine and WW II History magazine. He is the president of the newly formed Colorado Military History Museum, Inc. He lives in Denver, Colorado. 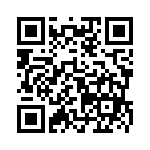