Read throughout the world, translated by Baudelaire, and admired by writers as different as Dostoevsky and H. G. Wells, Edgar Allan Poe (1809-1849) has become a legendary figure, representing the artist as obsessed outcast and romantic failure. His nightmarish visions, shaped by cool artistic calculation, reveal some of the dark possibilities of human experience. But his enormous popularity and his continuing influence on literature depend less on legend or vision than on his stylistic accomplishments as a writer.

G. R. Thompson, volume editor, is professor of English at Purdue University. He was editor of Poe Studies from 1968 to 1980 and is the author of Poe's Fiction: Romantic Irony in the Gothic Tales. 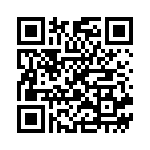