Bertrand Russell (1872-1970) was born in England and educated at Trinity College, Cambridge. His long career established him as one of the most influential philosophers, mathematicians, and social reformers of the twentieth century. 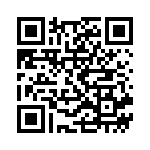