Pagina 108
Marched three hours to a which was very acceptable indeed , as watering - place called All Seez , which that brought for several days from a is an old fortification . S. D. from Busconsiderable distance has been very sora 107 miles .
Pagina 110
In consequence called Gibbell Bushire , which extend of some conversation with the Italian near 40 miles , and halted before we captains and the persons residing had passed much above half of them ; there , and there being a vessel ...
Pagina 634
Archbishops Maurile 1067 , Cardinal The tour de Beurre , or Butter tower , on Estoteville 1483 , John de Bayeux 1097 , the right - band of the portal , so called William Bonne Ame 1110 , William de from a Papal dispensation , permitting ... 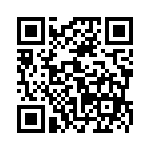