Gonxha (Agnes) Bojaxhiu was born in Skopje, the capital of the Albanian Republic of Macedonia. Her father was a politician with strong nationalistic convictions and was allegedly murdered when she was ... Citește recenzia completă

This Book was a very inspiring read. While we can't all be saints, it will encourage us to follow suit in our own individual ways. Some may say, "No one can be that good," but they are wrong. Both men ... Citește recenzia completă

Mother Teresa (1910–1997) was a nun among the destitute of the Calcutta slums who became one of the most beloved and highly respected women in the world. Recipient of many humanitarian awards, including the Nobel Peace Prize, she was personally acquainted with popes, presidents, and royalty. She never hesitated, however, to do the most menial tasks, and one of her oft-repeated themes was the need for humility. Mother Teresa was beatified by Pope John Paul II in 2003; beatification is a precursor to sainthood. 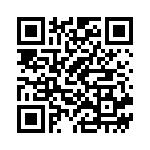