"Freakery" is a scholarly and cerebral -- and anything but dry -- series of essays on freaks shows and the culture, literature, and social attitudes that developed surrounding "freaks." From P.T ... Citește recenzia completă 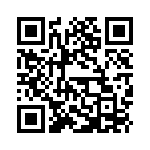