Mahmoud Cherif Bassiouni was born in Cairo, Egypt on December 9, 1937. In 1956, he fought in the Suez conflict. He was wounded and decorated, but then put under house arrest for denouncing what he called the extreme torture and disappearances taking place under President Gamal Abdel Nasser. He was released after seven months, but was not allowed to leave the country. After being threatened again for speaking out, he escaped from Egypt by stowing away on a ship leaving for Italy in 1961. He emigrated to the United States in 1962 and became a naturalized citizen. He studied law in Egypt, France, Switzerland, and the United States. He was a founder of the International Human Rights Law Institute at DePaul University in Chicago, where he taught for 45 years. He was co-chairman of the committee that drafted the United Nations Convention Against Torture and was sent as a United Nations expert to report on war crimes in Afghanistan, Bahrain, Libya, and Iraq. He wrote 35 books and more than 270 essays and law review articles. In 2007, he received the Hague Prize for International Law. He died from complications of multiple myeloma on September 25, 2017 at the age of 79. 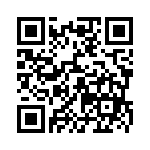