Pagina 4 - Coalition work is not work done in your home. Coalition work has to be done in the streets. And it is some of the most dangerous work you can do. And you shouldn't look for comfort.
Apare în 29 cărți din 1980-2007
Pagina xi - Gulag which, though scattered in an Archipelago geographically, was, in the psychological sense, fused into a continent — an almost invisible, almost imperceptible country inhabited by the zek people. And this Archipelago crisscrossed and patterned that other country within which it was located, like a gigantic patchwork, cutting into its cities, hovering over its streets.
Apare în 16 cărți din 1955-2008

Joy James is John B. and John T. McCoy Presidential Professor of Africana Studies and College Professor in Political Science at Williams College. She is the author of Shadowboxing: Representations of Black Feminist Politics and Resisting State Violence: Radicalism, Gender, and Race in U.S. Culture and the editor of The New Abolitionists: (Neo)Slave Narratives and Contemporary Prison Writings and Imprisoned Intellectuals: America's Political Prisoners Write on Life, Liberation, and Rebellion. 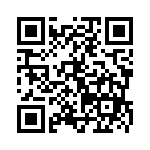