This thorough revision of McBrien's best-selling summary of Roman Catholic theology, history, and moral values is an important statement of what it means to be a Catholic Christian. McBrien, a priest ... Citiți recenzia completă

Pagina 64 - For I delivered to you as of first importance what I also received, that Christ died for our sins in accordance with the scriptures, that he was buried, that he was raised on the third day in accordance with the scriptures, and that he appeared to Cephas, then to the twelve.
Apare în 361 cărți din 1860-2008
Pagina 598 - But you are a chosen race, a royal priesthood, a holy nation, God's own people, that you may declare the wonderful deeds of him who called you out of darkness into his marvelous light...
Apare în 996 cărți din 1806-2008
Mai multe
Pagina 410 - For God so loved the world that he gave his only Son, so that everyone who believes in him may not perish but may have eternal life.
Apare în 809 cărți din 1895-2008
Pagina 318 - We believe in one Lord, Jesus Christ, the only Son of God eternally begotten of the Father, God from God, Light from Light, true God from true God, begotten, not made, one in Being with the Father.
Apare în 533 cărți din 1832-2008
Pagina 599 - Christ. There is no longer Jew or Greek, there is no longer slave or free, there is no longer male and female; for all of you are one in Christ Jesus.
Apare în 532 cărți din 1913-2008
Pagina 159 - I hate, I despise your festivals, and I take no delight in your solemn assemblies. Even though you offer me your burnt offerings and...
Apare în 628 cărți din 1881-2008
Pagina 558 - You have heard that it was said, 'You shall not commit adultery.' "But I say to you that everyone who looks at a woman with lust has already committed adultery with her in his heart.
Apare în 473 cărți din 1828-2008
Pagina 233 - In many and various ways God spoke of old to our fathers by the prophets; but in these last days he has spoken to us by a Son, whom he appointed the heir of all things, through whom also he created the world.
Apare în 458 cărți din 1873-2008
Pagina 558 - And if your right hand causes you to sin, cut it off and throw it away; it is better for you to lose one of your members than for your whole body to go into hell. It was also said, 'Whoever divorces his wife, let him give her a certificate of divorce.
Apare în 485 cărți din 1828-2008
Mai puține

Richard P. McBrien is Crowley-O'Brien Professor of Theology at the University of Notre Dame. Educated at the Pontifical Gregorian University in Rome, he has also served as president of the Catholic Theological Society of America. A leading authority on Catholicism, he is the bestselling author of Catholicism, Lives of the Popes, and Lives of the Saints, as well as the general editor of The HarperCollins Encyclopedia of Catholicism. Most recently a consultant for ABC News, McBrien offers regular commentary on all the major television networks. He is also a prizewinning syndicated columnist in the Catholic press. 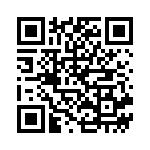