Nancy L. Rosenblum is the Henry Merritt Wriston Professor and Professor of Political Science at Brown University. She is the author of Another Liberalism: Romanticism and the Reconstruction of Liberal Thought, Bentham's Theory of the Modern State, and Membership and Morals. She is the editor of Liberalism and the Moral Life and Thoreau's Political Writings. 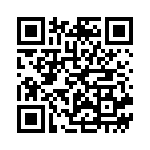