Like the American Wallace Stevens, Roy Fuller pursued simultaneous careers as writer and solicitor. Born of a middle-class family in Lancashire (his father managed a factory), he qualified as a solicitor in 1933 and spent most of his career with the Woolwich Equitable Building Society, of which he became a director in 1959. He married in 1936 and during the war served as a radar mechanic with the Royal Navy. From 1968 to 1973, he was a professor of poetry at Oxford University, and in 1972 became a governor of the BBC. Besides poetry, Fuller wrote numerous novels, including several for children, and some literary criticism. His only child is the poet and critic John Fuller. Fuller first came to notice as a war poet during World War II. Always conscious of the relationship between poetry and society, Fuller sought a steady accessibility rather than recondite arcana. He often wrote of domestic or natural subjects and resisted what he saw as the debasement of traditional English culture. 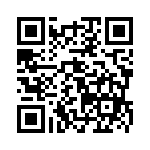