Pagina 86
When only fourteen years old , our author published at Boston , in a small volume with some other poems , “ The Embargo , or Sketches of the Times . ” The book was so well received that a second edition was printed within the year .
Pagina 87
It was soon exhausted , and a second immediately published in Boston . Of this latter , Mr. Washington Irving , then in London , took upon himself an English republication , in which he announced himself as the editor , dedicating the ...
Pagina 195
This work contains the most authentic biography of the lamented L. E. L. yet issued from the press , to, gether with a collection of her posthumous pieces , and several lighter effusions already published . The volumes possess uncommon ... 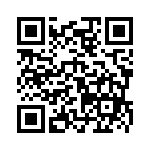