Pagina 82
Therefore I say again 79 I utterly abhor , yea , from my soul Refuse you for my judge , whom yet once more I hold my most malicious foe and think not At all a friend to truth . 82 WOLSEY I do profess You speak not like yourself ...
Pagina 112
WOLSEY Cromwell , I did not think to shed a tear In all my miseries ; but thou hast forced me ( Out of thy honest truth ) to play the woman . Let's dry our eyes : and thus far hear me , Cromwell , And when I am forgotten , as I shall be ...
Pagina 148
CRANMER Let me speak , sir , For heaven now bids me ; and the words I utter Let none think flattery , for they'll find ' em truth . 17 This royal infant - heaven still move about her ! - Though in her cradle , yet now promises Upon this ...

Caridad Svich is a playwright and translator. She is editor at Contemporary Theatre Review and has authored and edited several books on theater. 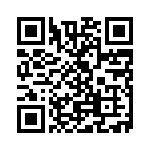