Roger David Abrahams was born in Philadelphia, Pennsylvania on June 12, 1933. He received a bachelor's degree in English from Swarthmore College in 1955, a master's degree in literature and folklore from Columbia University in 1959, and a doctorate in literature and folklore from the University of Pennsylvania in 1961. He sang with Paul Clayton and Dave Van Ronk on the Folkways album Foc'sle Songs and Shanties and later recorded his own album, Make Me a Pallet on Your Floor and Other Folk Songs, in 1962. He was an editor and writer at the folk-music magazine Caravan. He taught at the University of Texas in Austin before teaching at the University of Pennsylvania from 1985 until his retirement in 2002. He was one of the first folklorists to study the language and performance styles of black Americans as reflected in songs, proverbs, and riddles both old and new. He wrote several books including Deep Down in the Jungle: Negro Narrative Folklore from the Streets of Philadelphia; Jump-Rope Rhymes: A Dictionary; Positively Black; Talking Black; Afro-American Folk Culture: An Annotated Bibliography of Materials from North, Central and South America, and the West Indies; Counting-Out Rhymes: A Dictionary; Between the Living and the Dead: Riddles Which Tell Stories; The Man-of-Words in the West Indies: Performance and the Emergence of Creole Culture; Singing the Master: The Emergence of African-American Culture in the Plantation South; and Everyday Life: A Poetics of Vernacular Practices. With John F. Szwed, he wrote Discovering Afro-America and Blues for New Orleans: Mardi Gras and America's Creole Soul. He died on June 20, 2017 at the age of 84. 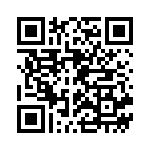