Pagina 41 - If an unfriendly foreign power had attempted to impose on America the mediocre educational performance that exists today, we might well have viewed it as an act of war.
Apare în 582 cărți din 1883-2008
Pagina 425 - Such leadership occurs when one or more persons engage with others in such a way that leaders and followers raise one another to higher levels of motivation and morality.
Apare în 133 cărți din 1926-2008
Mai multe
Pagina 425 - But transforming leadership ultimately becomes moral in that it raises the level of human conduct and ethical aspiration of both leader and led, and thus it has a transforming effect on both...
Apare în 75 cărți din 1926-2007
Pagina 41 - States and the well-being of its people, the educational foundations of our society are presently being eroded by a rising tide of mediocrity that threatens our very future as a Nation and a people.
Apare în 284 cărți din 1923-2008
Pagina 64 - Ball argues that discourses are about what can be said, and thought, but also about who can speak, when, where and with what authority.
Apare în 50 cărți din 1960-2007
Pagina 206 - ... a comprehensive design for effective school functioning, including instruction, assessment, classroom management, professional development, parental involvement, and school management, that aligns the school's curriculum, technology, and professional development into a...
Apare în 11 cărți din 1953-2007
Pagina 35 - It was not that some of the ideas from the business world might not have been used to advantage in educational administration, but that the wholesale adoption of the basic values, as well as the techniques of the business-industrial world, was a serious mistake in an institution whose primary purpose was the education of children.
Apare în 9 cărți din 1962-2005
Pagina 425 - Transforming leadership is dynamic leadership in the sense that the leaders throw themselves into a relationship with followers who will feel "elevated" by it and often become more active themselves, thereby creating new cadres of leaders.
Apare în 27 cărți din 1926-2005
Pagina 129 - Start programs — (A) know that letters of the alphabet are a special category of visual graphics that can be individually named; (B) recognize a word as a unit of print; (C) identify at least 10 letters of the alphabet; and (D) associate sounds with written words.
Apare în 13 cărți din 1953-2005
Pagina 90 - THE ORGANISATION FOR ECONOMIC COOPERATION AND DEVELOPMENT (OECD) The Organisation for Economic Cooperation and Development (OECD) was set up under a Convention signed in Paris on...
Apare în 22 cărți din 1964-2006
Mai puține

One of the most remarkable explorers of the nineteenth century, Livingstone sought first as a missionary and devout Christian to end the slave trade in Africa and then to locate the source of the Nile. In these attempts, he lost his wife, who caught a fever on an expedition in which she joined him. He discovered Victoria Falls and the lands between Nyasa and Tanganyika, encountering other hardships and tragedies in his double quest. He was apparently much beloved by Africans who knew him. He never abated in his efforts on their behalf. His association with Sir Henry Morton Stanley is well known. The latter had been sent to find him by an American newspaper when Livingstone was feared lost. The formal approach of Stanley's first remark on finding him in a remote African village, "Dr. Livingstone, I presume," amused the world, and the greeting became a byword. Stanley was with Livingstone in northern Tanganyika when the latter died. "Missionary Travels" (1857) is essentially the contemporary record of Livingstone's two journeys to northwestern Rhodesia (now Zimbabwe) in 1851-1853. 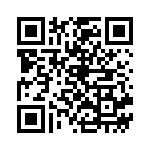