Pagina 32 - And there came also Nicodemus which at the first came to Jesus by night, and brought a mixture of myrrh and aloes, about an hundred pound weight. Then took they the body of Jesus, and wound it in linen clothes with the spices, as the manner of the Jews is to bury.
Apare în 978 cãrți din 1625-2008
Pagina 371 - But he himself went a day's journey into the wilderness, and came and sat down under a juniper tree : and he requested for himself that he might die; and said, It is enough; now, O Lord, take away my life; for I am not better than my fathers.
Apare în 1020 cãrți din 1730-2008
Mai multe
Pagina 76 - And the doors shall be shut in the streets, when the sound of the grinding is low, and he shall rise up at the voice of the bird, and all the daughters of music shall be brought low; also when they shall be afraid of that which is high, and fears shall be in the way, and the almond tree shall flourish, and the grasshopper shall be a burden, and desire shall fail: because man goeth to his long home, and the mourners go about the streets...
Apare în 1030 cãrți din 1803-2008
Pagina 459 - And the merchants of the earth shall weep and mourn over her; for no man buyeth their merchandise any more: the merchandise of gold, and silver, and precious stones, and of pearls, and fine linen, and purple, and silk, and scarlet, and all thyine wood, and all manner vessels of ivory, and all manner vessels of most precious wood, and of brass, and iron, and marble...
Apare în 705 cãrți din 1755-2008
Pagina 39 - Woe unto you, scribes and Pharisees, hypocrites ! for ye pay tithe of mint, and anise, and cummin, and have omitted the weightier matters of the law, judgment, mercy, and faith : these ought ye to have done, and not to leave the other undone.
Apare în 1394 cãrți din 1755-2008
Pagina 55 - And their father Israel said unto them, If it must be so now, do this; take of the best fruits in the land in your vessels, and carry down the man a present, a little balm, and a little honey, spices, and myrrh, nuts, and almonds...
Apare în 568 cãrți din 1802-2007
Pagina 2 - And the angel of the LORD appeared unto him in a flame of fire out of the midst of a bush: and he looked, and, behold, the bush burned with fire, and the bush was not consumed.
Apare în 917 cãrți din 1708-2008
Pagina 182 - Set on the great pot, and seethe pottage for the sons of the prophets. 39 And one went out into the field to gather herbs, and found a wild vine, and gathered thereof wild gourds his lap full, and came and shred them into the pot of pottage: for they knew them not.
Apare în 239 cãrți din 1730-2008
Pagina 39 - Woe to you, scribes and Pharisees, hypocrites! for you tithe mint and dill and cummin, and have neglected the weightier matters of the law, justice and mercy and faith; these you ought to have done, without neglecting the others.
Apare în 313 cãrți din 1808-2008
Mai puține

James Alan Duke was born in Eastlake, Alabama on April 4, 1929. He learned to play the bass fiddle in high school and began performing with Homer Briarhopper and His Dixie Dudes. At the age of 16, Duke played on a record that the band cut in Nashville. He received bachelor's, master's and doctoral degrees in botany from the University of North Carolina in Chapel Hill. He did postdoctoral work as a professor at Washington University in St. Louis and curatorial work at the Missouri Botanical Gardens there. He worked for the Department of Agriculture eventually becoming the head of the Medicinal Plant Laboratory. He was a pioneer in ethnobotany and phytochemicals. He wrote numerous books including The Green Pharmacy: New Discoveries in Herbal Remedies for Common Diseases and Conditions from the World's Foremost Authority on Healing Herbs, Handbook of Medicinal Herbs, and The Peterson Field Guide to Medicinal Plants and Herbs of Eastern and Central North America written with Steven Foster. After retiring from the Agriculture Department, he occasionally conducted tours along the Amazon River and gave tours of his herb farm the Green Farmacy Garden. He died on December 10, 2017 at the age of 88. 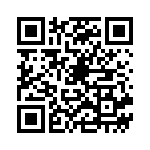