Robert Paul Cabaj, M.D., is a psychiatrist, certified by the American Board of Psychiatry and Neurology, with many years of clinical experience specializing in the treatment of gay men, lesbians, bisexuals, and people facing issues related to HIV and AIDS. He is an Associate Clinical Professor in Psychiatry at the University of California, San Francisco, and certified in Addiction Medicine by the American Society of Addiction Medicine. He served as Medical Director of Mental Health and Addictions for the Fenway Community Health Center-the largest center for the treatment of gay men, lesbians, bisexuals, and the HIV-infected in Boston, Massachusetts. He has been President of both the Gay and Lesbian Medical Association and the Association of Gay and Lesbian Psychiatrists. Within the American Psychiatric Association, he has served as Chairperson of both the Committee on Minority and Under-Represented Groups and the Committee of Gay, Lesbian, and Bisexual Issues, as the Deputy Representative for the Caucus of Lesbian, Gay, and Bisexual Psychiatrists to the Assembly of the American Psychiatric Association (APA), and as a member of the Commission on AIDS, the Council on Addiction Psychiatry, and the Council on National Affairs.

Terry S. Stein, M.D., a board-certified psychiatrist, is a Professor in Psychiatry and Director of the AIDS Education Project at Michigan State University in East Lansing, Michigan. He has received numerous federal, state, and university grants and contracts for education of health care providers about HIV/AIDS and for research concerning the mental health needs of gay men and lesbians. A Fellow of the American Psychiatric Association, he has served as Chair of the APA's Committee on Gay, Lesbian, and Bisexual Issues, Chair of the Council on National Affairs, and a consultant to the Council on International Affairs. Dr. Stein is currently Associate Editor of the Journal of Gay and Lesbian Psychotherapy. He is Past President of the Association of Gay and Lesbian Psychiatrists. 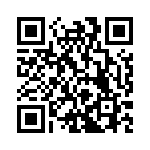