Dr. Hax is a native of Chile, where he received his undergraduate degree in Industrial Engineering, with highest honors. Subsequently, he received his M.S. at the University of Michigan, and his Ph.D. at the University of California, Berkeley. Prior to joining M.I.T. in 1972, he was a member of the faculty at the Harvard Business School, and a senior consultant for Arthur D. Little, Inc.

He has published extensively in the fields of strategic management, management control, operations management, and operations research. He has authored and coauthored nine books and some one hundred journal articles. An accomplished teacher, he won the Salgo Award for Excellence in Teaching at the Sloan School of Management. He has participated in a great many executive programs at M.I.T., in many U.S. universities and corporations, and in most countries in Europe and Latin America, as well as Japan, China, and the former U.S.S.R.

His books include: The Delta Project: Discovering New Sources of Profitability, coauthored with Dean Wilde (Palgrave, 2001); Strategic Management: An Integrative Perspective: An Integrative Perspective (Prentice-Hall, 1984) and The Strategy Concept and Process: A Pragmatic Approach (Prentice-Hall, 1995), both coauthored with Nicolas Majluf; Production and Inventory Management, coauthored with Dan Candea (Prentice-Hall, 1983), which received the Institute of Industrial Engineers-Joint Publishers Book-of-the-Year Award; Applied Mathematical Programming, coauthored with Stephen Bradley and Thomas Magnanti (Addison-Wesley, 1977); and he edited Readings in Strategic Management (Ballinger, 1984) and Planning Strategies That Work (Oxford, 1987). He contributed a chapter on corporate strategy, with Nicolas Majluf, to the Encyclopedia of Operations Research and Management Science, 2/e (Gass and Harris, eds., Kluwer/Springer, 2001). He is Strategic Management Editor for Interfaces, and former editor of Operations Research and Naval Research Logistics Quarterly. He is on the editorial board of the Journal of Manufacturing and Operations Research and the Journal of High Technology Management Research. 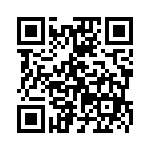