On May 8, 1902, Mont Pelee on the island of Martinique exploded. A vast cloud of superheated steam, ash, rocks, and debris descended on the port city of St. Pierre. In three or four minutes the entire ... Citește recenzia completă 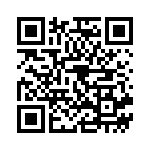