A great book I didn't want to end, and would have liked more about the emerging hip-hop centers of Atlanta and St. Louis, which were mentioned only in passing in the final chapter. But a great ... Citiți recenzia completă

Jeff Chang has been a hip-hop journalist for more than a decade and has written for The San Francisco Chronicle, The Village Voice, Vibe, The Nation, URB, Rap Pages, Spin, and Mother Jones. He was a founding editor of Colorlines Magazine, senior editor at Russell Simmons's 360hiphop.com, and cofounder of the influential hip-hip label SoleSides, now Quannum Projects. He lives in California. 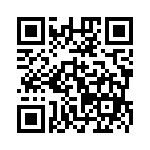