This is Girard's accessible presentation of the gospel's power in exposing the cycle of mimetic violence. He approaches the bible anthropologically and shows how it is unique in it's ability to unmask ... Citiți recenzia completă

A fascinating book, concerning the anthropological underpinnings of personal and social violence. Girard makes his case with a wide variety of sources, and makes a convincing non-religious argument ... Citiți recenzia completă

René Girard was born on December 25, 1923 in Avignon, France. He received an advanced degree in medieval studies at the École Nationale des Chartes in 1947 and a Ph.D. in history from Indiana University in 1950. He taught French language and literature at Indiana University, Duke University, Bryn Mawr College, Johns Hopkins University, and the State University at Buffalo. He taught at Stanford University from 1981 until his retirement in 1995. His explorations of literature and myth helped establish influential theories about how people are motivated to want things. His first book, Deceit, Desire, and the Novel, was published in French in 1961 and in English in 1965. His other works included Violence and the Sacred and Things Hidden Since the Foundation of the World. He received a lifetime achievement award from the Modern Language Association in 2009 and the Order of Isabella the Catholic from the king of Spain for his work in philosophy and anthropology in 2013. He died on November 4, 2015 at the age of 91. 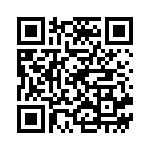