Edgar Allan Poe was a poet, short-story writer, editor and literary critic. He was one of the earliest American practitioners of the short story and is considered the inventor of the detective-fiction genre. Born Edgar Poe in Boston in 1809, he was raised in Virginia by foster parents named Allan who gave him his middle name. Poe died of unknown causes in Baltimore in 1849. 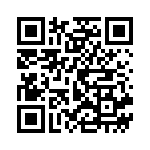