is professor of sociology at University College Cork, Ireland and previously taught social theory at the European University Institute in Florence. He is the author of Max Weber and Michel Foucault: Parallel Life-Works, Reflexive Historical Sociology, Sociology, Religion and Grace: A Quest for the Renaissance, The Genesis of Modernity, Comedy and the Public Sphere, Novels and the Sociology of the Contemporary, and Permanent Liminality and Modernity, and the co-author of Walking into the Void: A Historical Sociology and Political Anthropology of Walking and From Anthropology to Social Theory: Rethinking the Social Sciences. 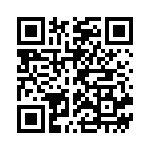