Pagina 2
For example, the National Assembly of France declared in 1789 that ''the natural and imprescriptible rights of man'' were ''liberty, property, security and resistance of oppression,'' but it went on to assert that ''the nation is ...
Pagina 3
There is, for example, no corresponding system of taxation relating to the possession of human rights. There is as yet no formal declaration of human duties, although there has been much discussion of such obligations.
Pagina 4
Nevertheless, in the United States, the notion of ''civil rights'' (for example, the creation of a universal franchise) is often used as if it were synonymous with ''human rights,'' thus confusing the relationship between the rights of ...
Pagina 5
Sociology approaches these normative issues indirectly—for example, from the study of inequality. The paradoxical consequence of this concentration on empirical studies of income inequality is that sociology typically does not study ...
Pagina 7
First, it is important for activists to join forces with critical movements against, for example, patriarchal, theocratic, and authoritarian interpretations of Islamic belief and practice. Second, it is false to create a simple ...
Înainte »

Bryan S. Turner is Director of the Committee for the Study of Religion and Presidential Professor of Sociology at the CUNY Graduate Center, as well as Director of the Centre for the Study of Contemporary Muslim Societies and Professor of Social and Political Thought at the University of Western Sydney. Among his many publications are the Penguin Dictionary of Sociology, Blackwell Companion to Social Theory, and Sage Handbook of Sociology. 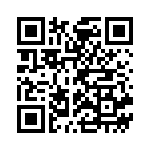