Richard Halpern is Professor of English at Johns Hopkins University. He is the author of many books, including Shakespeare's Perfume: Sodomy and Sublimity in the Sonnets, Wilde, Freud and Lacan. 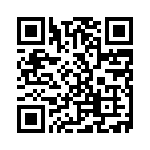