Charles King is Professor of International Affairs and Government at Georgetown University. He is the author of five books on European history and politics. He lectures widely on eastern Europe, social violence, and ethnic politics, and has worked with broadcast media including CNN, National Public Radio, the BBC, the History Channel, and MTV. A native of the Ozark hill country, King studied history and politics at the University of Arkansas and Oxford University, where he was a Marshall Scholar. 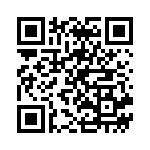