Pagina 336
In experiments that involved memory for odors , rats were trained to dig for a
reward in cups that contained scented sand ( Fortin , Wright , & Eichenbaum ,
2004 ; Eichenbaum , Fortin , Ergorul , Wright , & Agster , 2005 ) . Rats dug in cups
A , B ...
Pagina 337
To obtain the preferred chocolate reward ( what ) , rats had to remember where it
had been found and when it had been found . If it had been found 30 min earlier ,
then return to the chocolate arm was futile , but if it had been found 4 h earlier ...
Pagina 340
Rats entered the arm containing cheese sooner at the interval when fresh cheese
was replenished than at the interval when degraded cheese was placed on the
arm . This effect became magnified over trials and was equally strong when ... 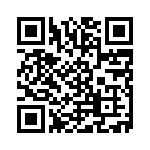