This is one of Turner's earlier works. It is a collection of lectures and therefore less dense than other works. It is primarily a development of van Gennep's theory of liminality in rites of passage ... Citește recenzia completÒ

Roger Abrahams recently retired as director of the Center for Folklore and Ethnography at the University of Pennsylvania.

Alfred Harrisáwas a professor emeritus of anthropology at the University of Rochester. He served as the chair of the anthropology from 1964-1971 and he was well known for being the editor of the Lewis Henry Morgan Lectures. 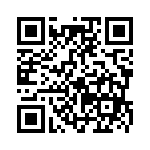