Pagina 2
Sam ( as political agent ) , soldiers ( as military force ) , and American Airlines ( as
American transnational capital ) , Uncle Chang represents the “ Chinese . ”
Whether Uncle Chang is a symbol of the People's Republic of China ( PRC or ...
Pagina 44
It evolved into a strategy of cultural capital accumulation . This endeavor , as
might be expected , was not inexpensive . Indeed , it was very much a class -
based phenomenon , which also mapped loosely onto racialized differences
among ...
Pagina 118
Most , in fact , came with some capital and went into the agricultural and service
industries , including laundries , restaurants , and the sale of produce , food items
, and imports from Asia ( Mon 1992 ) . In this sense , the pattern of Chinese ...

Lok C. D. Siu is Associate Professor of Anthropology and Social and Cultural Analysis at New York University. She is the coeditor of Asian Diasporas: New Formations, New Conceptions(Stanford, 2007). 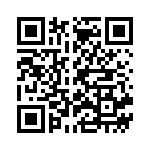