Pagina 53 - Everyone has the right to freedom of thought, conscience and religion; this right includes freedom to change his religion or belief, and freedom, either alone or in community with others and in public or private, to manifest his religion or belief in teaching, practice, worship and observance.
Apare în 851 cărți din 1878-2008
Pagina 88 - Each State Party to the present Covenant undertakes to take steps, individually and through international assistance and co-operation, especially economic and technical, to the maximum of its available resources, with a view to achieving progressively the full realization of the rights recognized in the present Covenant by all appropriate means, including particularly the adoption of legislative measures.
Apare în 473 cărți din 1878-2008
Mai multe
Pagina 89 - The exercise of the rights provided for in paragraph 2 of this article carries with it special duties and responsibilities. It may therefore be subject to certain restrictions, but these shall only be such as are provided by law and are necessary : (a) For respect of the rights or reputations of others ; (b) For the protection of national security or of public order (ordre public), or of public health or morals.
Apare în 432 cărți din 1923-2008
Pagina 53 - The family is the natural and fundamental group unit of society and is entitled to protection by society and the State.
Apare în 927 cărți din 1903-2008
Pagina 51 - Realizing that the individual, having duties to other individuals and to the community to which he belongs, is under a responsibility to strive for the promotion and observance of the rights recognized in the present Covenant, Agree upon the following articles: PARTI Article 1 1.
Apare în 264 cărți din 1943-2008
Pagina 20 - Lord, when did we see you hungry and feed you, or thirsty and give you something to drink?
Apare în 483 cărți din 1858-2008
Pagina 44 - Article 4 No one shall be held in slavery or servitude; slavery and the slave trade shall be prohibited in all their forms.
Apare în 767 cărți din 1881-2008
Mai puține 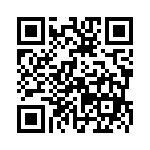