Pagina 70 - Schmitter argues that corporatism can be defined as a system of interest representation in which the constituent units are organized into a limited number of singular, compulsory, noncompetitive, hierarchically ordered and functionally differentiated categories, recognized or licensed (if not created) by the state and granted a deliberate representational monopoly within their respective categories in exchange for observing certain controls on their selection of leaders and articulation of demands...
Apare în 325 cãrți din 1939-2007
Pagina 39 - Adoption by States Parties of temporary special measures aimed at accelerating de facto equality between men and women shall not be considered discrimination as defined in the present Convention, but shall in no way entail as a consequence the maintenance of unequal or separate standards; these measures shall be discontinued when the objectives of equality of opportunity and treatment have been achieved.
Apare în 161 cãrți din 1957-2008
Mai multe
Pagina 135 - cultural citizenship" to refer to the cultural practices and beliefs produced out of negotiating the often ambivalent and contested relations with the state and its hegemonic forms that establish the criteria of belonging within a national population and territory. Cultural citizenship is a dual process of self-making and being-made within webs of power linked to the nation-state and civil society.
Apare în 15 cãrți din 1999-2007
Pagina 101 - Even in absolute terms, the number of workers employed in manufacturing was dwindling in the 1980s. In line with the relocation of manufacturing production to low-cost countries, the number of workers engaged in manufacturing as reported by the General Household Survey was almost halved from 918 600 in 1987 to 558 300 in 1994.
Apare în 11 cãrți din 1997-2004
Pagina 95 - The work described in this paper was fully supported by a grant from the Research Grants Council of the Hong Kong Special Administrative Region, China (Project No.
Apare în 110 cãrți din 1948-2008
Pagina 144 - Racial degeneracy was thought to have social causes and political consequences, both tied to the domestic arrangements of colonialism in specific ways. Metissage (interracial unions) generally, and concubinage in particular, represented the paramount danger to racial purity and cultural identity in all its forms. It was through sexual contact with women of color that French men "contracted" not only disease but debased sentiments, immoral proclivities, and extreme susceptibility to decivilized states...
Apare în 8 cãrți din 1991-2004
Pagina 101 - In the 1980s the share of manufacturing industries in the national product declined relative to other sectors. The tertiary sector also overtook manufacturing as the high-growth sector. In terms of contribution to the GDP, financing and business services had very impressive growth rates in the past few years, as had the commerce (wholesale, retail, export and import trades, and hotels and restaurants) sector (Table 10.2).
Apare în 10 cãrți din 1997-2003
Pagina 80 - Bourdieu defines cultural capital as a form of knowledge, an internalized code or a cognitive acquisition which equips the social agent with empathy towards, appreciation for or competence in deciphering cultural relations and cultural artefacts.
Apare în 21 cãrți din 1957-2008
Pagina 98 - Since men are decision makers, both in the family and in the labour market, are better educated and trained than women and are less burdened with family obligations, they are much more likely to draw benefit from these changes (development of modern industry) than women who end up at the bottom of the labour market...
Apare în 6 cãrți din 1992-2003
Pagina 204 - Platform for Action of the United Nations Fourth World Conference on Women, held in Beijing, 1995: The Platform for Action is an agenda for women's empowerment.
Apare în 11 cãrți din 1997-2006
Mai puține

Eliza W.Y. Lee is an associate professor in the Department of Government and Public Administration at The Chinese University of Hong Kong. 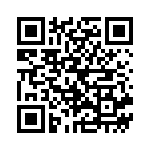