Pagina 92
adequate motive can be assigned , in view of iv . 13 ) , it seems unlikely that he should have set himself to the evangelisation of such a district when he was recovering from sickness , and when the leading of the Spirit , so far as ...
Pagina 137
... the year after Paul's release , and 67 A.D. , shortly before his death , —the date usually assigned to the latter being 68 A.D. , the last year of Nero , under whom , according to the general tradition , Paul suffered martyrdom .
Pagina 146
The earliest witness on the subject is Pantænus of Alexandria , in the latter half of the second century , who assigned the epistle , as Eusebius tells us , to the Apostle Paul . In keeping with this opinion we find that the Eastern ... 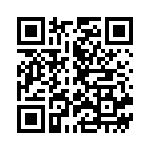